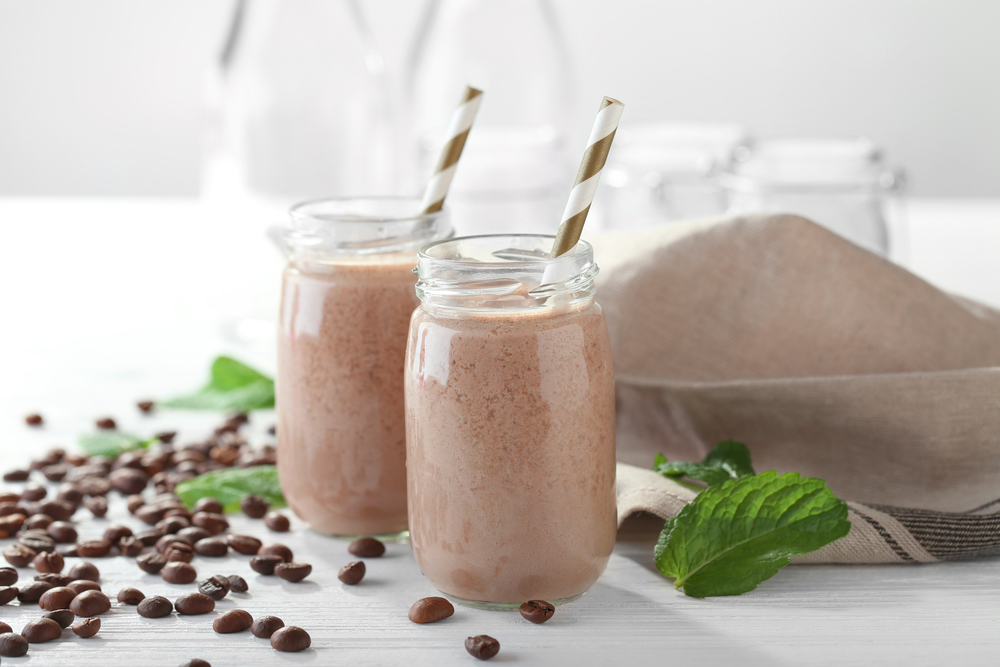 As some of you may know I am a coffee addict. I drink way too many lattes and cappuccinos on a regular basis. I also happen to be competing for a fitness competition and need to decrease my calories while increasing my protein intake. this way I can maintain my muscle mass, while being in a calorie deficit.

See, after tracking my food intake for a few weeks in preparation for my competition I realized I wasn’t eating nearly as much protein as I though I was. My caloric intake was also much, much higher than I expected, which is actually a good thing because that means that my metabolic rate is high since my maintenance calories are high.

The only problem with a high calorie maintenance intake is that I will need to get used to a significantly lower caloric intake again in order to get stage ready (read: body composition around 12%). My current body composition is around 24% so this is going to take quite a bit of work!

That’s when I realized I had to come up with a protein coffee shake so I could indulge my coffee cravings without overdoing it on the calories and still fulfill my protein requirements for day. What I like about this recipe is that it is fairly low in calories and carbs so you don’t have to feel guilty indulging in a delicious coffee drink anymore. It also tastes pretty darn delicious!

How I Went From a Night Owl to an Early Riser