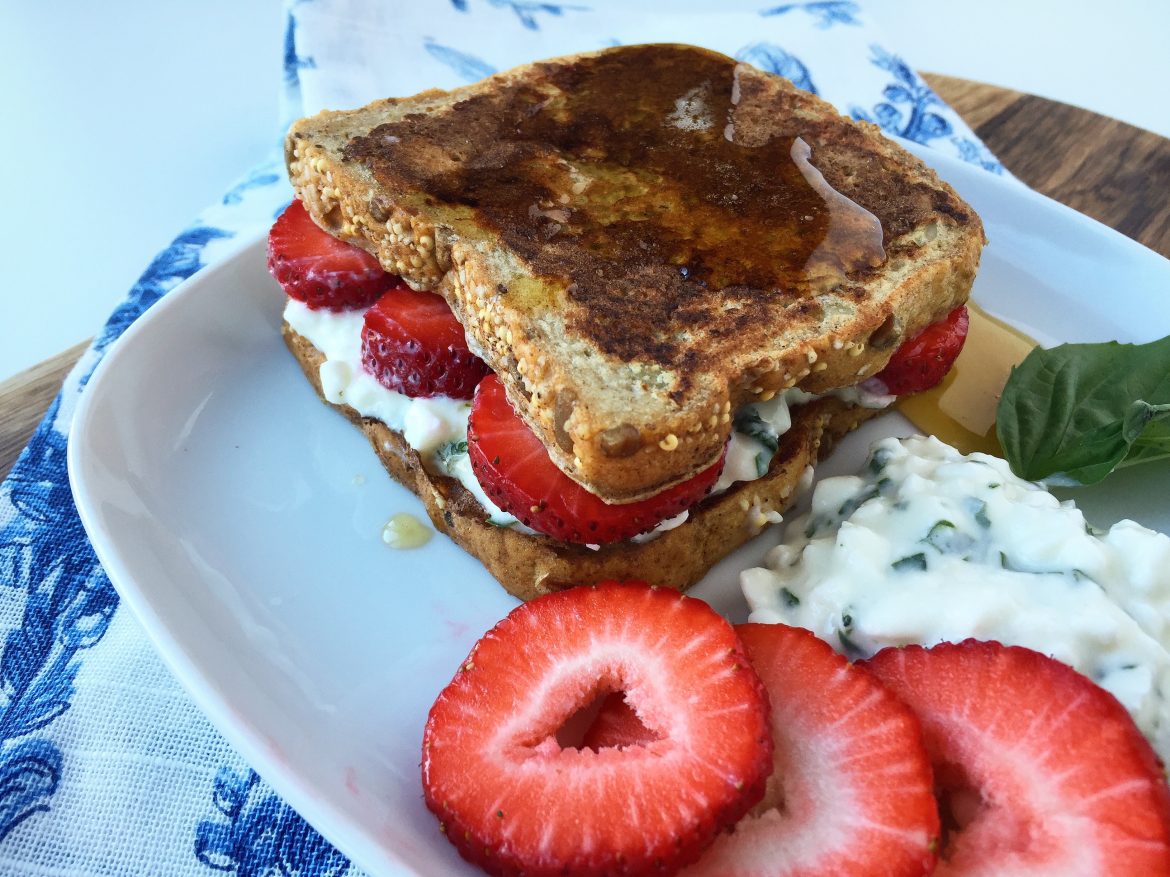 This morning we had planned a visit to the Cabane a Sucre aka the maple shack. This is basically a wooden shack in the middle of the woods where, come spring, Canadians flock to watch maple syrup being tapped and then proceed to eat a gigantic breakfast drenched in…you guessed it, maple syrup. 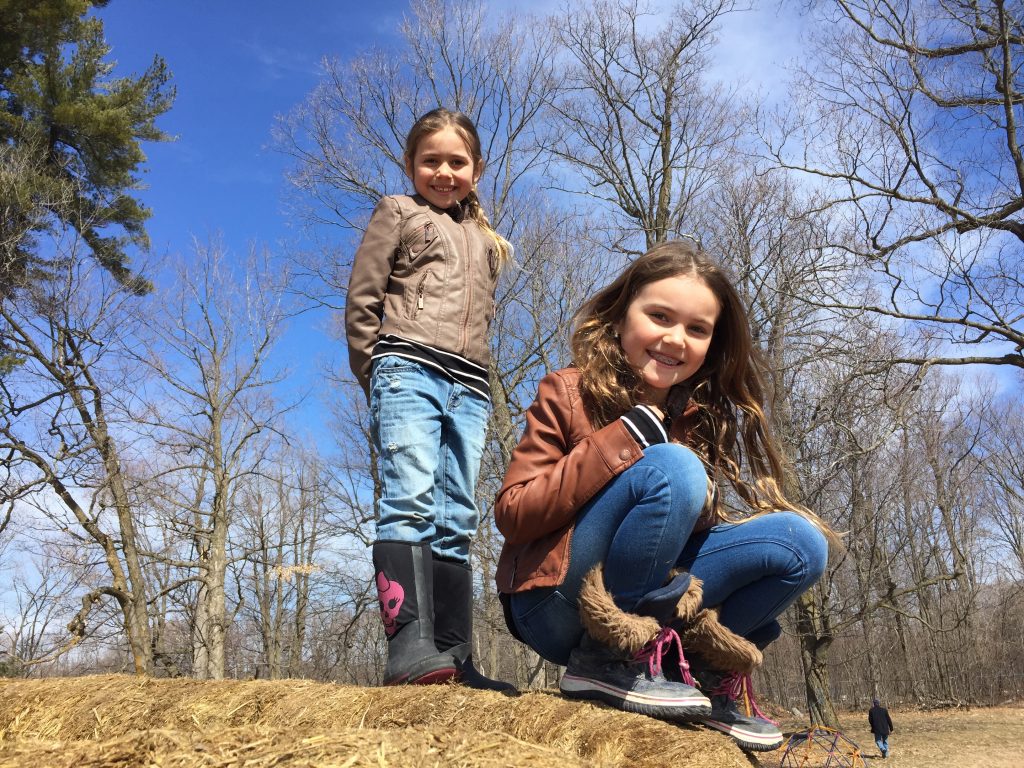 The sugar shack that we visited is called Proulx Farm. I love that they have a whole outdoor set-up that includes haystacks, wagon rides, mazes, tree houses, slides, a petting zoo and of course the Cabane a Sucre, which includes a guided tour of how they collect maple syrup. Isn’t it ridiculously cute how all the girls ended up looking in their brown leather jackets? The two younger ones even wore identical striped shirts!  I swear, it wasn’t planned! 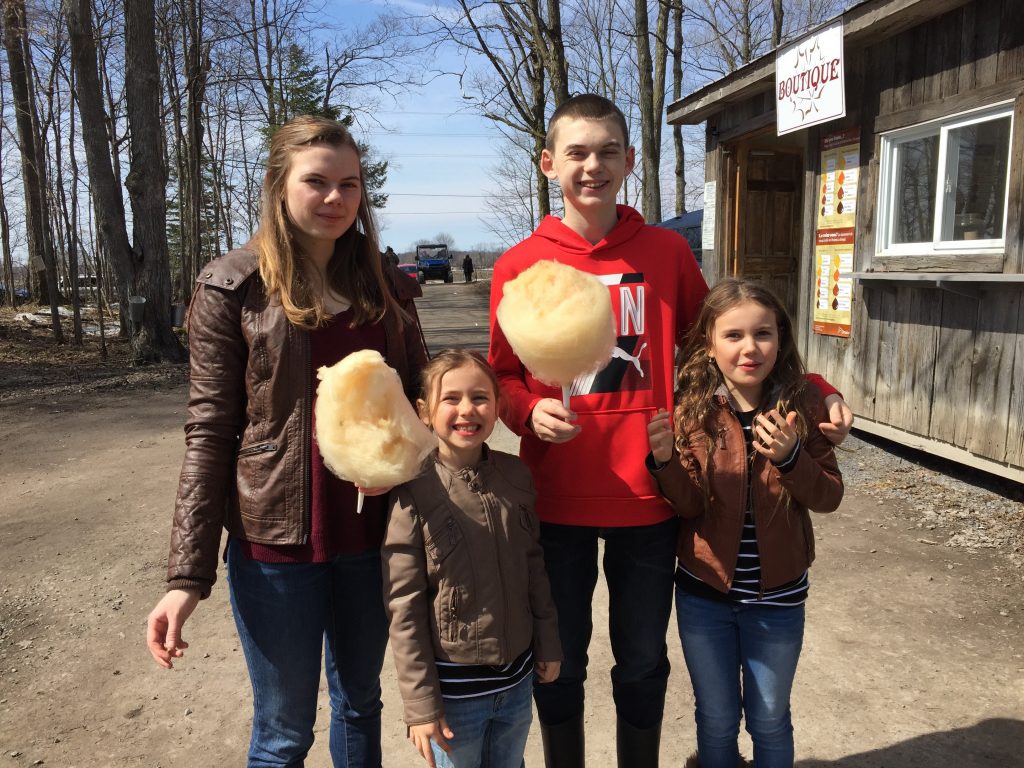 The cost to get in to Proulx was just $5. The kids each selected either a maple taffy or maple cotton candy for $3.50 each. Had we decided to eat brunch there, it would have cost an extra $23 for each adult and between $10-19 for each kid depending on their age. Although the brunch looks great, we are gluten-free and therefore had planned to eat at home before we left, which was just fine with me because the lines are usually ridiculously long. 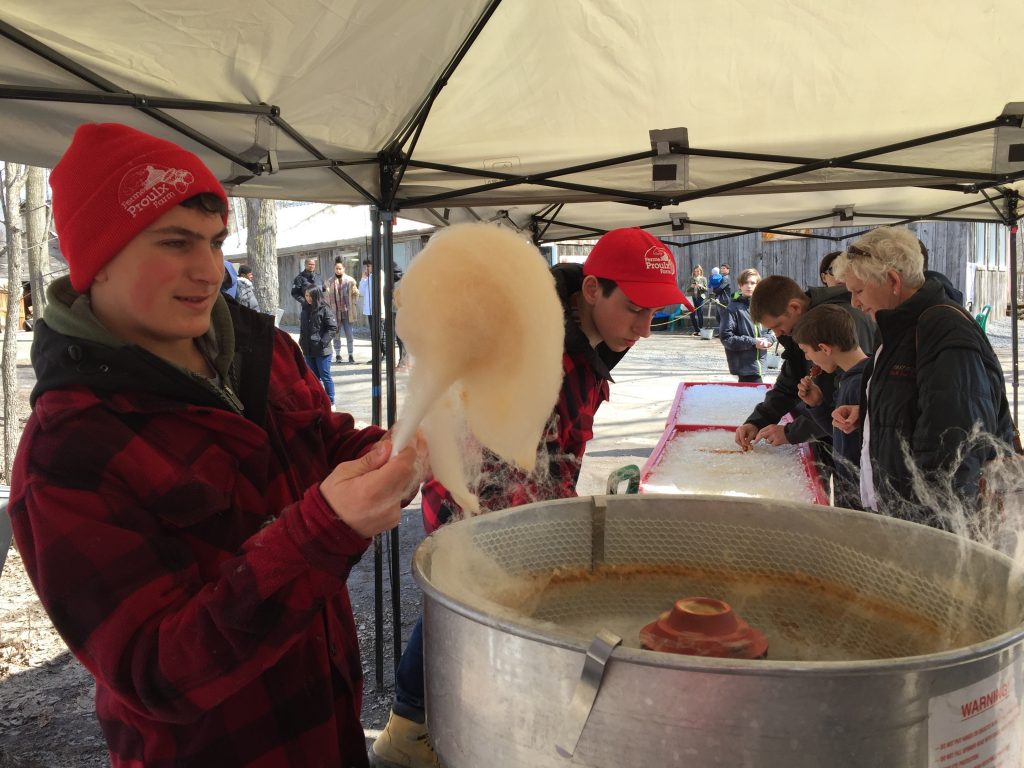 Here you can see Proulx staff creating the maple cotton candy and the maple taffy. The kids loved making the taffy because it’s such a fun hands-on activity. Basically they just pour maple syrup onto snow and you roll it up on a popsicle stick. The trick is to do it really fast or the syrup gets all cold and watery and won’t adhere to the stick as well. 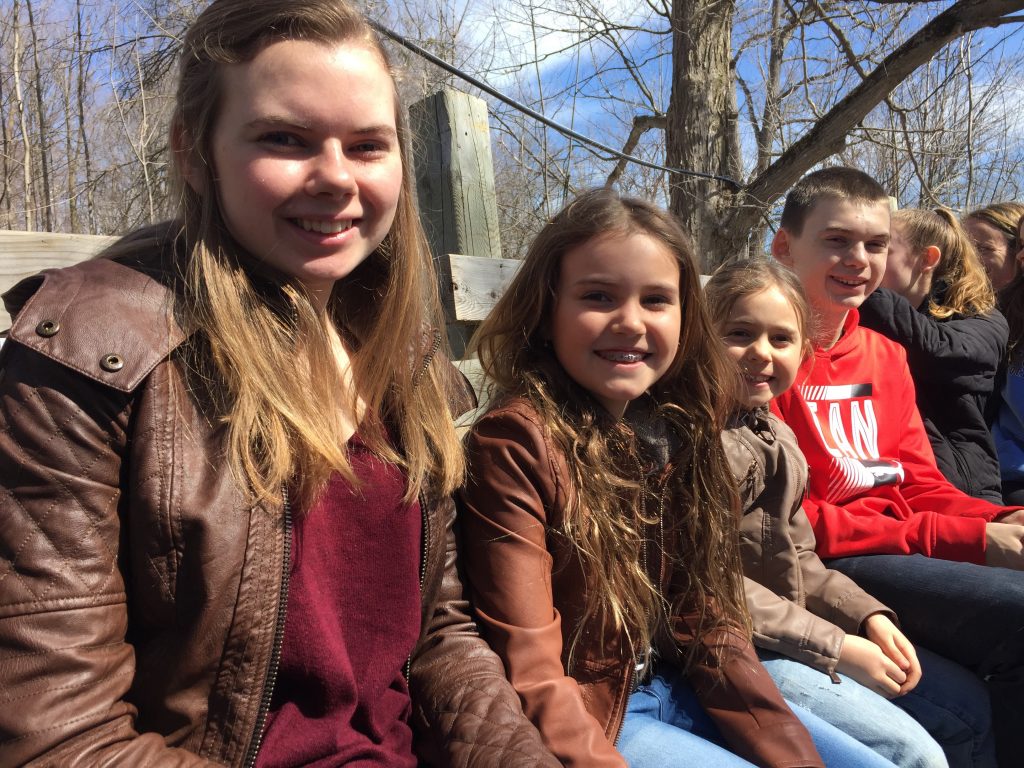 After I got the kids hyped up on maple syrup, we explored the rest of the farm. The kids loved the wagon ride the best, but my favourite part was the guided tour. I actually learned something…. For example, did you know that there are three conditions that are needed to be able to drain sap from a maple? You need the right soil, a sugar maple tree that is over 40 years old, and the right weather (it has to be cool at night and warm in the day for the sap to flow). 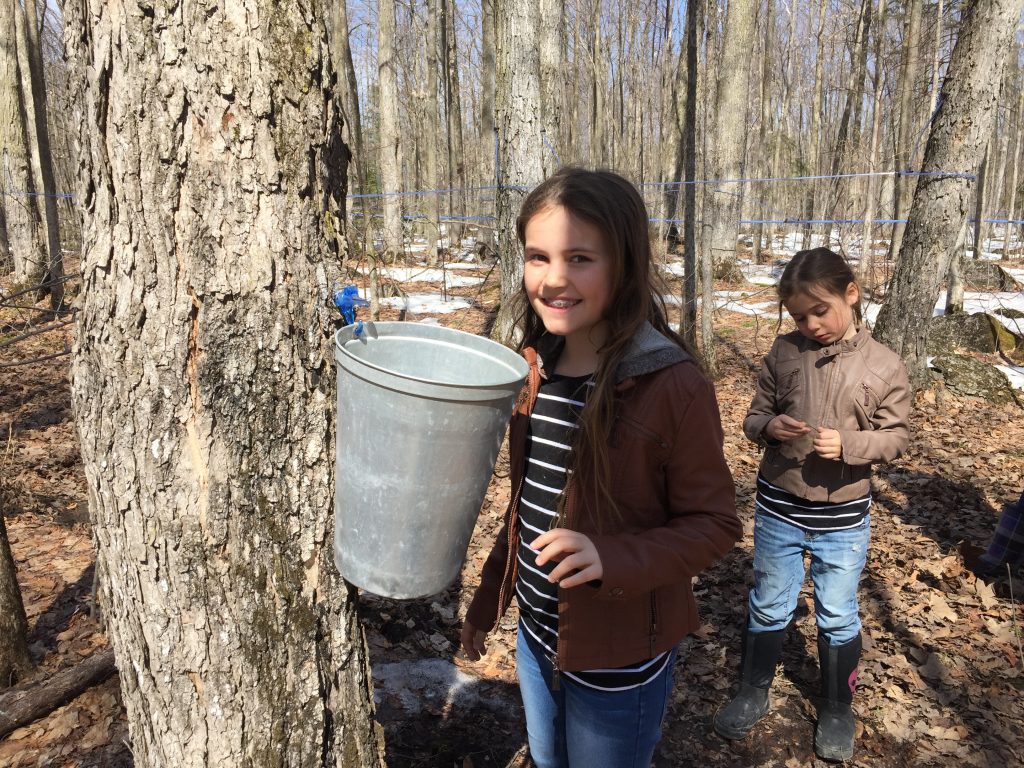 If you have those three things then you can successfully collect sap. To do so, you drill a small hole in the tree, stick in a spile (that blue spouty thing) and collect sap in either buckets or via those blue tubes you can see running in the background. These tubes lead to a big steamer that dehydrates the water from the sap leaving maple syrup behind. It takes two days to collect the sap and four hours to dehydrate it! No wonder real maple syrup is so expensive! 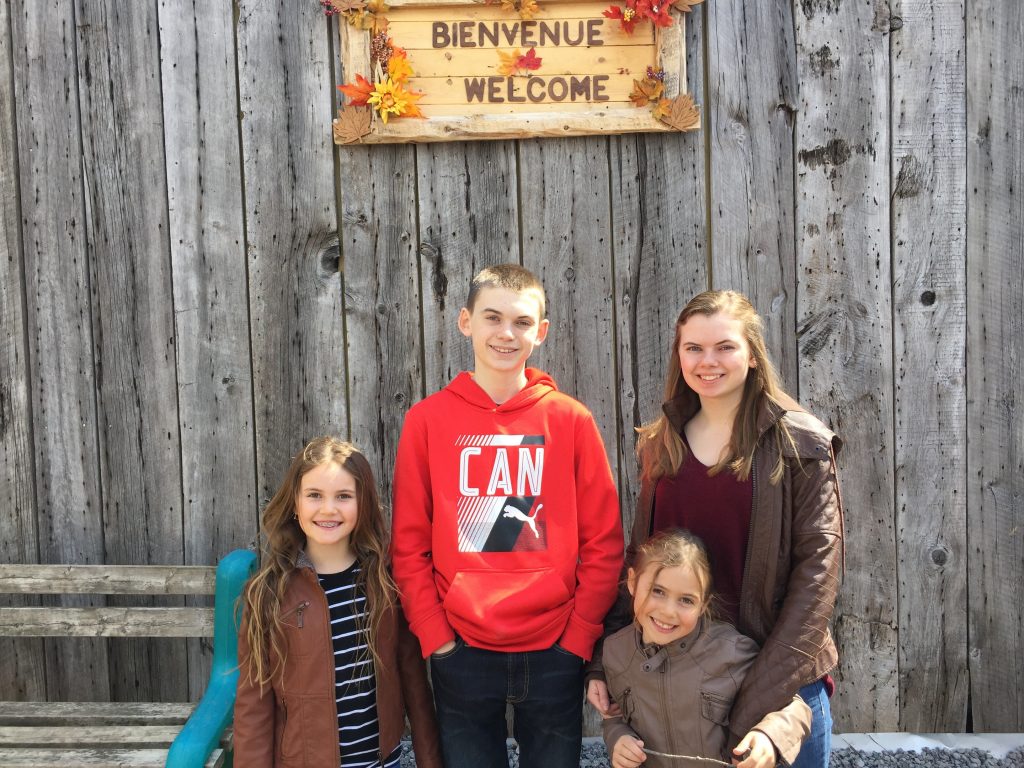 So all in all we had a blast at Proulx Farm! But the best part, which I haven’t even told you about yet, was the meal we had before we left for the Cabane a Sucre. Of course it had to include maple syrup! So, we all  happily agreed upon French Toast, but since I am dieting for a show and wanted to partake, I decided I would see if I could make it a bit lower in calories and higher in protein so I could eat some too. 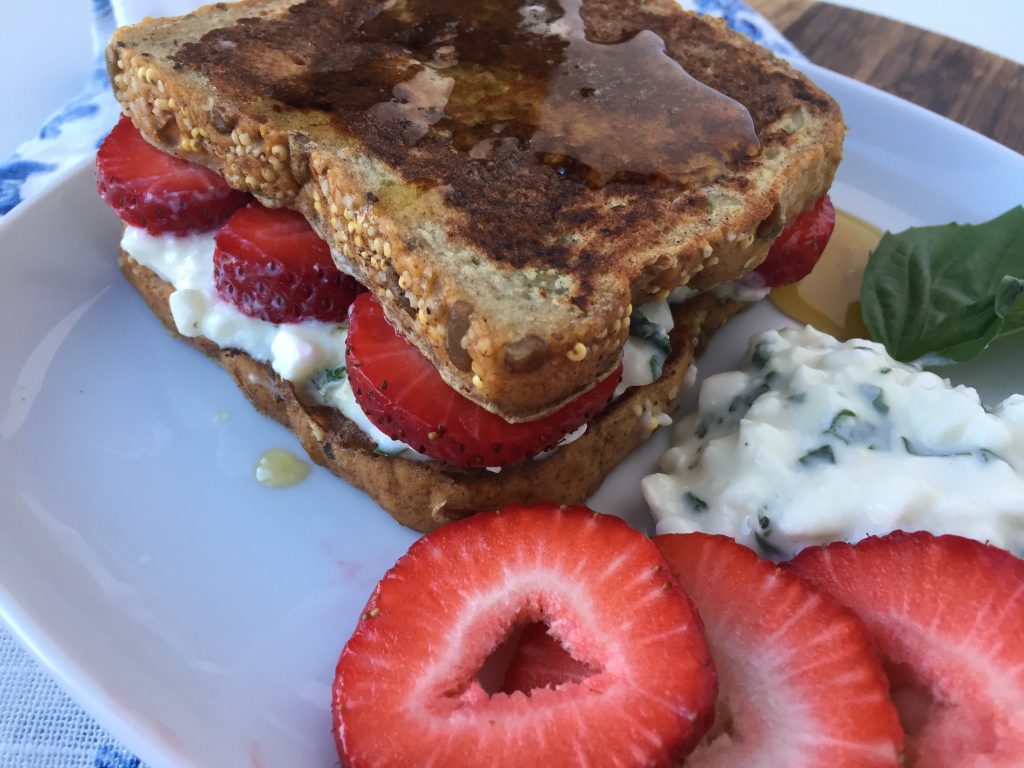 I ended up making French Toast with Strawberry Basil Cottage Cheese. It turned out fantastic – much better than any French Toast I have ever made and the kids agreed. So, we are adding it to our ‘go-to’ list and I am a happy camper because it is delicious and filling and totally satisfied my sweet tooth! I have to tell you, this might just be my favourite breakfast meal of all time. All in all, it was a glorious day!