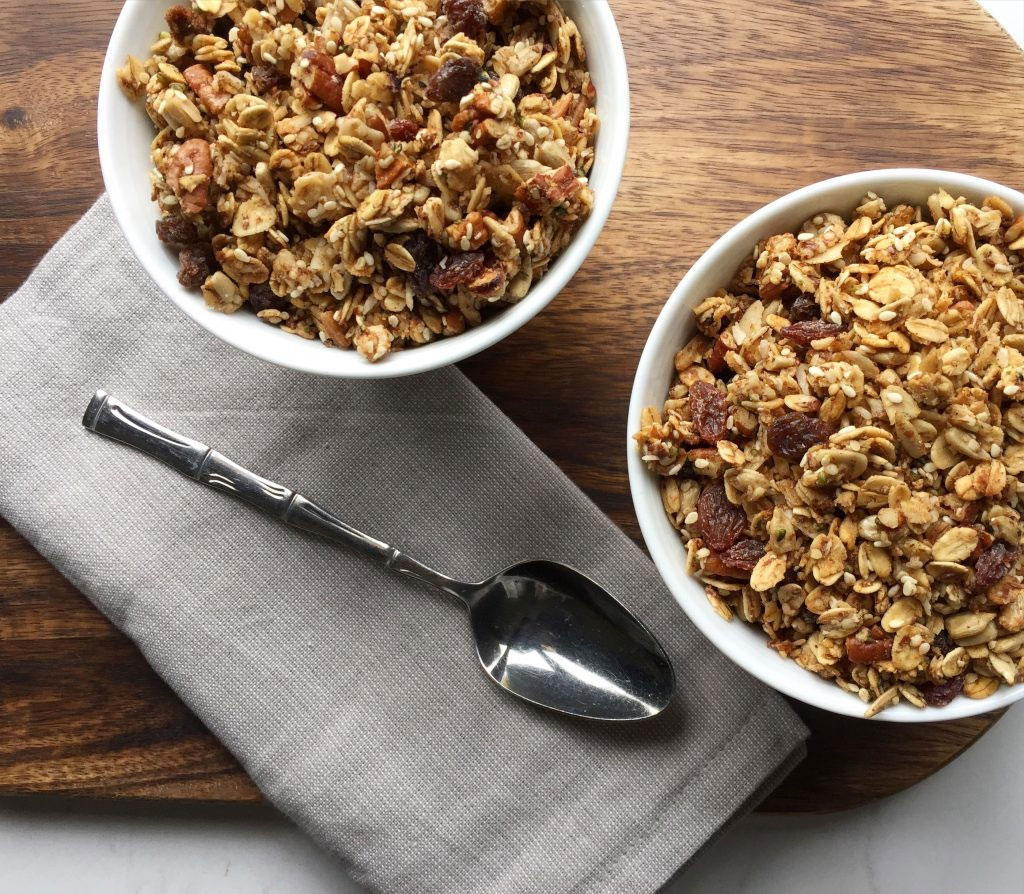 Granola has got to be one of my favourite foods, but I hate that most commercial granolas are made with refined oils and tons of sugar, are low in fiber, and are generally pretty pricey. So I make my own. It’s super easy, literally just five minutes of mixing stuff and then the oven does the rest of the work.

Plus, there are so many variations you can make that you can appeal to everyone’s tastes. I love raisins, but for some reason, my kids aren’t big fans, so I usually split the batch in half and add chocolate chips to one half (for them) and raisins to the other (for me). This granola is also great for those with food sensitivities as its gluten-free, dairy-free  and vegetarian.