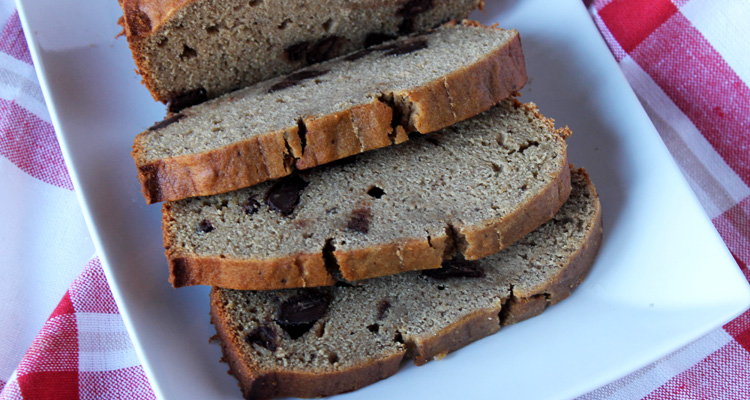 I used to eat a lot of banana bread as a kid. It was one of my mom’s go-to recipes. Sometimes I would eat it three times in one day, for breakfast, snack and dessert. So nostalgia motivated me to try to re-create her banana bread, albeit a gluten-free, dairy-free and refined sugar-free version.

Of course, it had to taste just as good.

It took me a few weeks of experimenting, but I got it down pat! But then life happened, and I stuck it in my ‘to post on my blog’ file and promptly forgot all about it. Six months later, I had a hankering for banana bread again (I seem to be feeling nostalgic a lot lately), and not remembering I had already created a recipe, created another one.

So, what’s the difference between the two recipes? Well, the first one is a fluffier, spicier, version, bursting with the flavours of fall. More bread-like. The second one is moist and sweet. More cake-like. I personally liked them both equally. So choose the one that appeals to you the most, or the one that you already have the ingredients for.

Or, you can always make both! If your household is anything like mine, they will both be gone in about two days anyway. If you do try both recipes, post a comment below and let me know which one you preferred. Better yet, post a photo!